POPLA competence continues on downhill slide. Charge upheld for car which was never inside the car park.

The competence of POPLA sadly continues to decline as this latest judgment shows.

In this case the motorist never entered the car park, but turned around in the entrance once in the afternoon, and then again early the next morning. Here is a picture of the entrance. 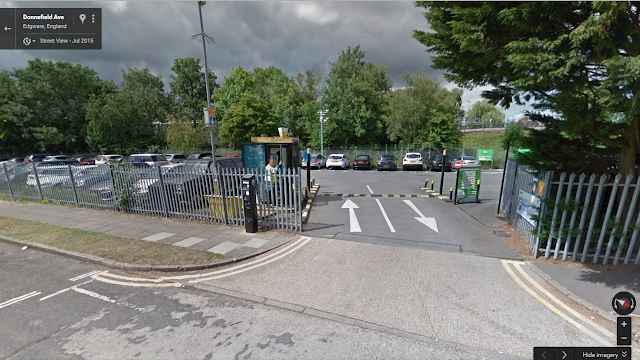 Here is a picture of the car reversing into the entrance in the afternoon. The motorist gets no points for reversing style, as they are positioned in the middle of the road. Their reversing light can be seen to be on. 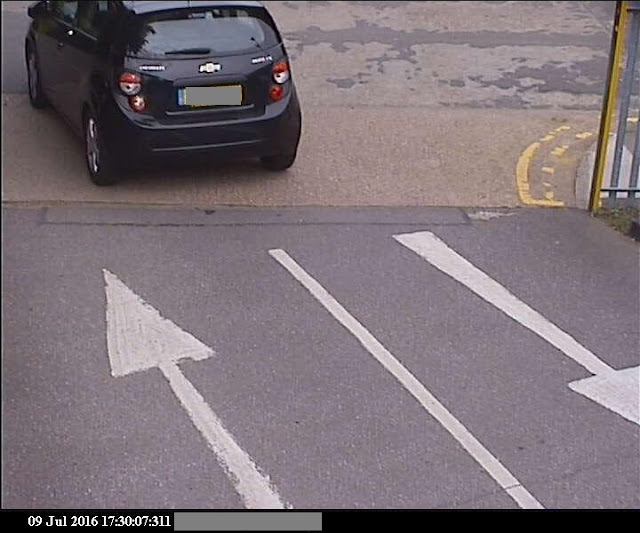 Here is the picture of the motorist reversing into the entrance in the morning. Once again, the reversing lights are on. 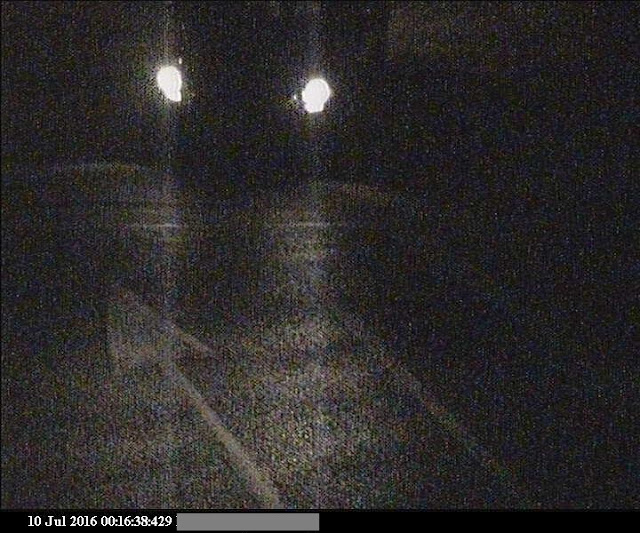 It is clear from both pictures that the vehicle is still on the public land, level with the double yellow lines, and has not entered the car park. Additionally the number plate is not visible and there is therefore no evidence that this is the car in question.

Here is the assessors verdict, which in The Prankster's opinion is completely incompetent and fuels the argument that the appeals body should by run by an independent body. 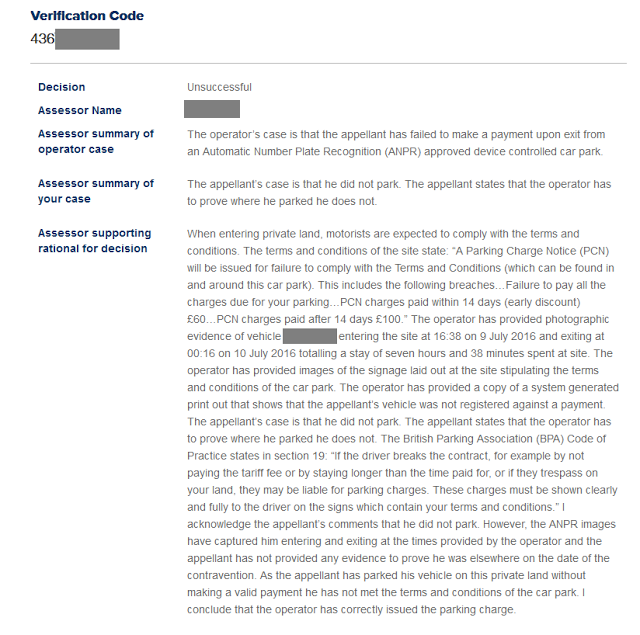 The public should expect higher standards of POPLA assessors than this. The assessor is asking us to believe that the vehicle reversed into the car park in the afternoon, and then drove out at night, hot-wiring their reverse lights so it appears that they were reversing rather than driving forwards.

Frankly, The Prankster considers it more likely that the Consumer Ombudsman under-quoted for the POPLA contract, and as a result assessors are under too much time pressure to churn out template responses without properly considering the evidence before them. This of course does not excuse the assessor missing the obvious elephant in the room which is that the car is going out when it should be coming in. It also does not excuse the assessor ruling that the exit photograph is valid when the number plate cannot be read.

However, it does reinforce the Prankster's belief that ANPR is not fit for purpose to control car parks, and that the control of POPLA should be taken away from the BPA, where normal commercial pressures will naturally force them to accept a low bid, and given to government control where the service can be funded by an increase in keeper detail charges from say £2.50 to £5.00.


Posted by Parking Prankster at 03:56