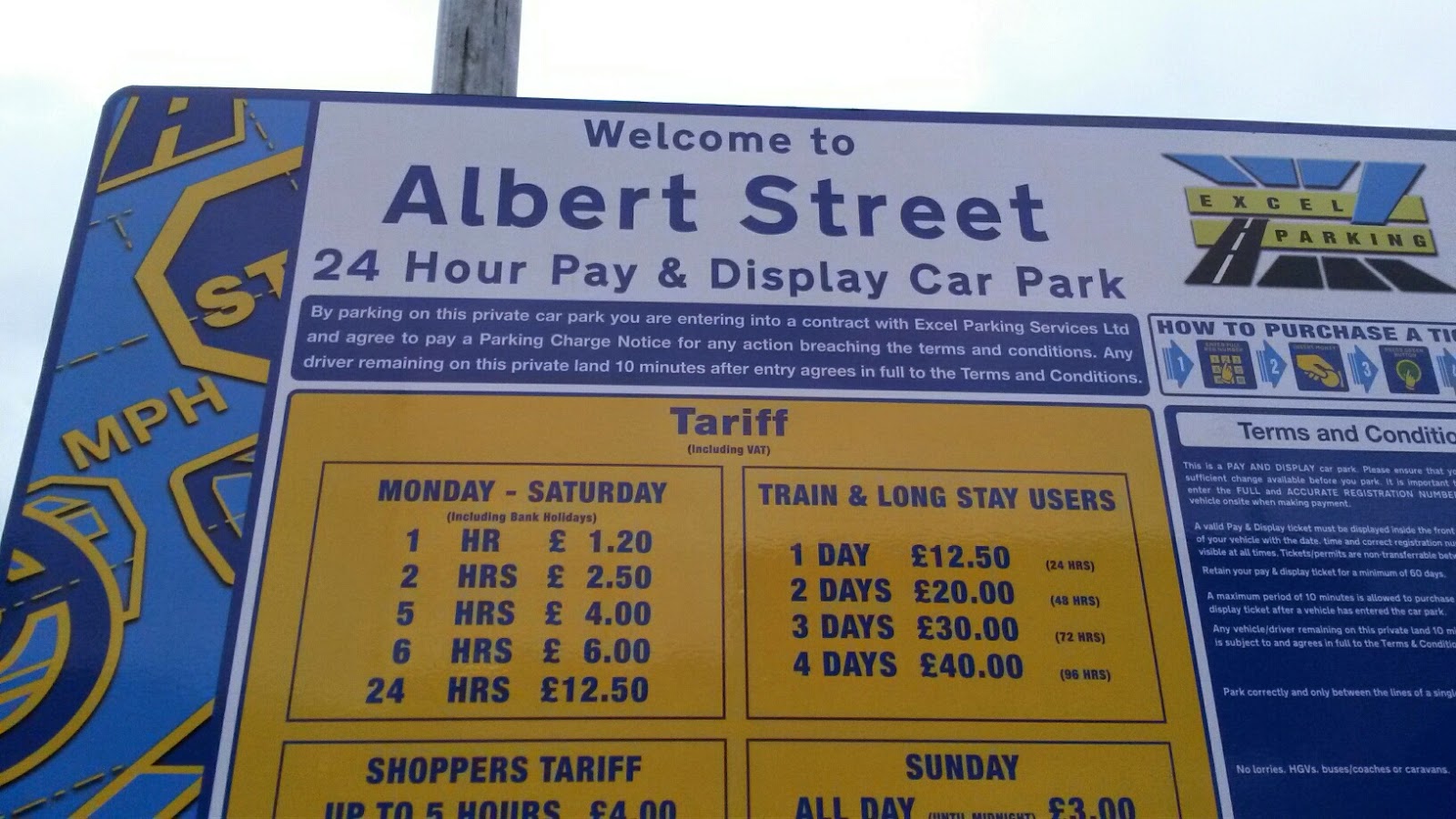 "By parking on this private car park you are entering into a contract with Excel Parking Services Ltd."

The huge logo top right is also a bit of a giveaway. Excel Parking are members of the BPA AOS. Any rejected appeals to Excel can be referred to the independent adjudicators, POPLA, where Excel will lose because they cannot justify their charges as a genuine pre-estimate of loss.

However, Excel also 100% own Vehicle Control Services, one of their subsidiaries, and this company belongs to the IPC AOS. Any rejected appeals to VCS can be referred to the IPC. However, this is essentially a kangaroo court, because the motorist does not get to see the operator's evidence, the long established legal principle that the burden of proof is on the claimant is reversed, and the process of selecting an assessor is open to abuse.

Tickets issued at Albert Street are mysteriously being issued by VCS instead of Excel. This allows the company to use the kangaroo court, which gives them a much greater chance of having the appeal rejected. 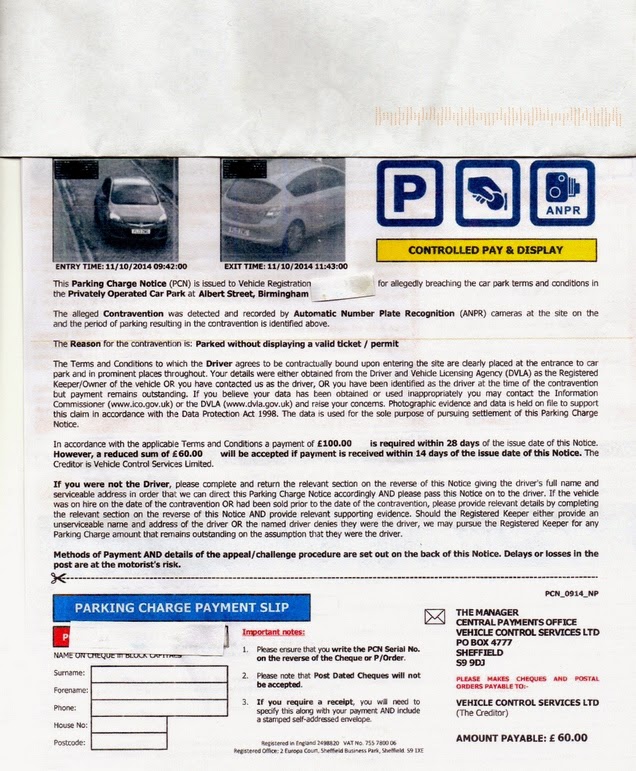 This also illustrates a problem with POPLA which drives a huge coach and horses through their respectability. POPLA allow operators to submit witness statements instead of contracts to prove the operator can operate on site. These are pre-written statements, apparently originally created by Alex Cooke of ParkingEye, and then distributed to all operators by POPLA. The problem is they are just sent out to landowners, who sign and return them without checking them properly. Almost all actual contracts seen by The Prankster have some kind of issue with them, which should properly be brought to the attention of the adjudicator..

If POPLA had demanded the Albert Street contract was produced in all cases heard since its inception, this problem would have been discovered a long time ago. As it is, all POPLA verdicts regarding this car park should be rescinded and the operator required to return any monies paid.

Posted by Parking Prankster at 15:07