Indigo cash in on medical staff at Heath Hospital, Cardiff

Although most hospital parking is free in Wales, it is not at Heath hospital Cardiff, where the management unwisely sold off the car parks to Indigo Park Services Ltd.

Indigo have now started cashing in on this, making staff life a misery by failing to issue permits in a timely manner, and then penalising vehicles for not displaying a permit.

Wardens use a predatory patrol schedule to maximise the charges they can issue. Ticketing continues up until 3 am, and it also appears Indigo staff go out to ticket after a nursing staff handover has occurred each and every day. Some tickets have even been issued when the registered keeper was not on shift, and some vehicles have been issued 2 tickets per day.

Indigo are also abusing the DVLA link by getting keeper data for free via the NHS and Local Authority link, rather than paying the normal parking company charge of £2.50.

The charge for not displaying a permit is £10, rising to £20 after 14 days. However, Indigo then shuttle the charge around debt collection companies to artificially inflate the cost to £128. 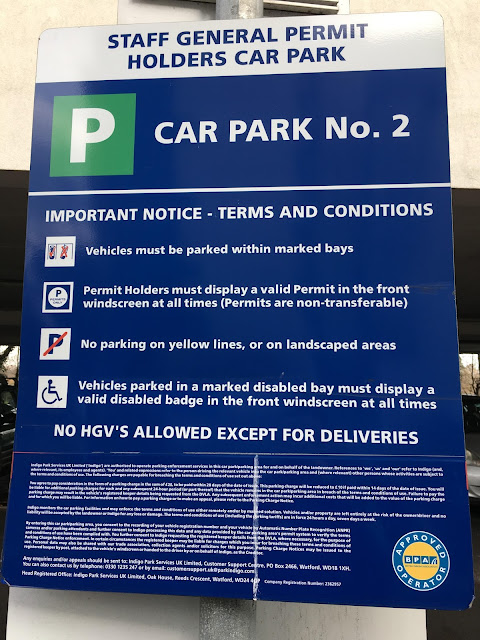 Since April 2016 over 1,000 tickets have been issued to staff, with over 100 of these having already gone to court.

Although it is possible a charge of £20 may be valid, the artificial inflation is £128 is not.

In ParkingEye v Somerfield Stores HHJ Hegarty QC ruled that a debt collection addition of £75 was probably not valid and in ParkingEye v Beavis it was ruled that charges must be plainly in sight to escape being an unfair consumer charge.

POFA 2012 sc 4 also rules that the keeper can only be pursued for the charge on the notice to keeper, and not for additional charges.

An attempt to use keeper data for charges which are not valid is therefore possibly a breach of data principles 1 and 2, which would leave the parking company liable for a data protection claim. This may be compounded if Indigo did not use the correct method to get data from the DVLA.

The case of VCS v Phillip, claim number C9DP2D6C Liverpool 07/12/2016, while not binding, concerns a motorist awarded 3250 wen the parking company pursued a charge which was not valid. This is therefore a persuasive case that a DPA breach occurs when a parking charge is not legitimately pursued, and that a sum of at least £250 is compensation for pursuing a purported parking charge when there is no reasonable prospect of success.

It appears that Cardiff court is going to be clogged up with parking cases for the foreseeable future.


Posted by Parking Prankster at 04:22