The British Parking Association have issued the following press release regarding the Beavis case. 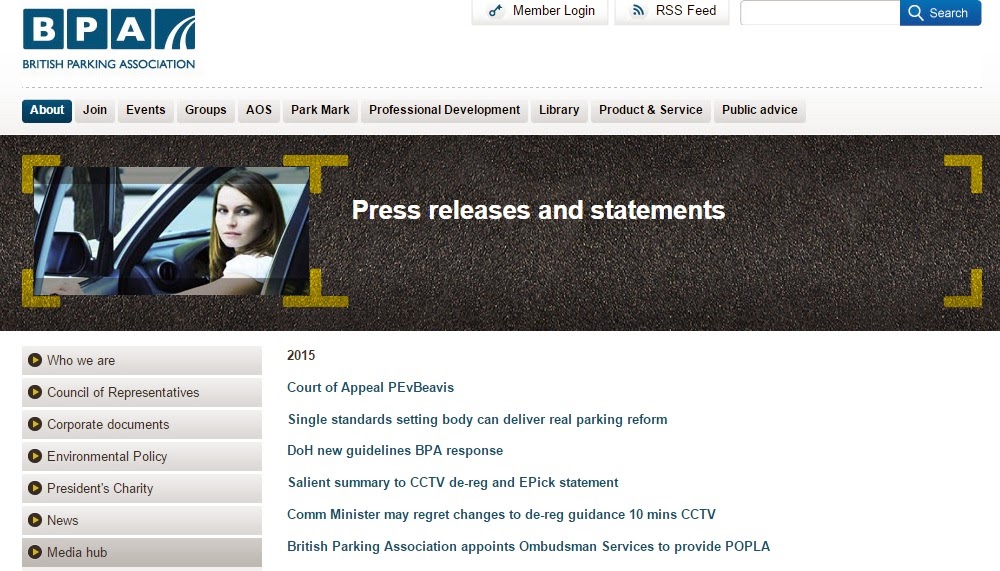 The British Parking Association (BPA) welcomes the Court of Appeal decision which provided much needed clarity on the issue of private parking charges. The judgement sets a precedent as it now becomes case law and will be referred to by other Courts in matters of a similar nature.

One aspect of the BPA’s work is self-regulating the management of parking on private land. We have been collaborating with Government on behalf of the entire parking sector and in the interests of consumers since 2007 when we launched our Approved Operators Scheme (AOS) which became the model for Accredited Trade Associations (ATA).

Patrick Troy, Chief Executive of the BPA said: “Clarity is good, but what would be better is a single standard setting body with an independent scrutiny board, which will deliver a single code of practice and a single independent appeals service for consumers. The BPA supports competition but not at the expense of standards, which encourages a race to the bottom, or in confusing the motorist by offering different appeals services of varying quality.

By establishing POPLA in 2012, by agreement with Government, the BPA led the way in delivering independent redress for the consumer. The Government is confusing matters by allowing proliferation of standard setting and appeals bodies.

The BPA recently appointed The Ombudsman Services to succeed London Councils as the service provider for POPLA from 1st October 2015. The Independent Scrutiny Board for Parking Appeals (ISPA) will continue to scrutinise POPLA to ensure that the service they deliver continues to be independent and be seen to be independent. Since POPLA’s launch by the BPA on October 1st 2012, over 60,000 appeals have been considered. There has not been one instance where a BPA operator has refused to accept a POPLA decision.

[Patrick Troy, continued: “We are calling on Government to act now and do the right thing for motorists and the entire parking sector. Continuing with multiple codes of practice, multiple appeal services, and variable auditing and sanctions regimes is unfair and confusing for motorists and businesses alike.”]

Although the press release seems to imply the BPA know the decision on the Beavis case, it provides no useful information. On the other hand, with Patrick Troy involved, that might just be par for the course.

The other alternative is that someone pressed the release button too early.

Posted by Parking Prankster at 11:09