Excel Parking have apparently jumped ship from the British Parking Association to the IPC, following the lead of their sister companies VCS and Conkai.

No announcements are on the BPA or IPC websites, so this is entirely based on new signage which has appeared at Currys and The PC World on Old Shoreham Road Hove. 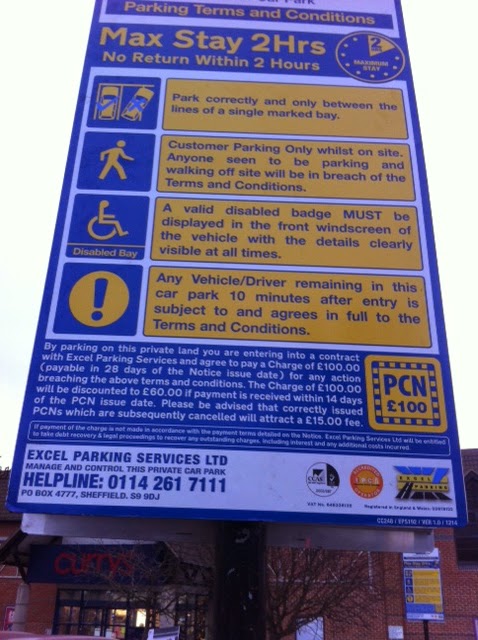 The signage shows the orange IPC roundel, but not the BPA Logo.

Of course, Excel and VCS have a history of mixing their signs up so this may just be a boo boo by their signwriter.

Of interest is the fact they charge £15 to cancel PCNs. This is roughly equivalent to their true genuine pre-estimate of loss unintentionally given away by them from the large amounts of conflicting information thay have published regarding their calculations.

The Prankster will keep an eye on the BPA and IPC websites to see if there is any news.

Posted by Parking Prankster at 14:08